Should You Seal Stone Paving With Patio Sealer? (Including Indian Sandstone)

You've just had your ideal patio laid - but do you need to seal it? There are various reports all over the web about the benefits and drawbacks of sealing natural stone. Some suppliers insist it is necessary, others claim it ruins the stone for good. But what is the correct answer - and do you actually need to seal your stone?

The short answer: No.

The long answer: Natural stone has survived for 1000's of years without any chemical treatments, so it's unlikely to fall to pieces without a layer of sealant that some suppliers insist it needs. But there are benefits of doing so.

Lets dig down into the nitty-gritty of it and hopefully you can draw your own conclusions on whether to seal your new patio.

What is sealing and why would a patio need it?

Natural stone sealer is a product designed to protect stone from the elements and maintain it's appearance. We all know the joys of British weather and your patio sits outside taking the brunt of it all year round. With the battering it takes, it has to be expected that it will change in appearance as the years go by. Sealing the stone is designed to slow down, or even halt the deterioration of the stone so that it looks newer for longer.

The protection not only acts as a barrier to bad weather, it's also designed to protect against stains and spills. If a spillage sits on natural stone for any length of time, natural stone is likely to absorb this spillage causing damage to the surface which is very difficult to put right. Not ideal!

There are two types of sealer generally on the market:

Colour Enhancers - These types of sealer generally darken to stone as well as protecting it.

Both options are equally viable, it simply depends on the desired affect.

So you've spent a lot of money on your new outdoor space. It looks amazing and you want to make sure it stays this way. If you've used natural stone, there is a good chance it was one of the following materials:

Each of these materials are very different and need to be approached differently. If you are being told to seal the stone in the same way regardless of material, this is simply bad advice. The way you approach sealing or not sealing your new patio is incredibly dependent on the material it is constructed from. So lets examine each of these in turn.

Should You Seal Indian Sandstone Paving?

This is the most common material found in patio projects across the UK. It's widely available from a lot of suppliers and very simple to install. Sandstone is what is known as a sedimentary stone. These types of stone have been formed out of fine grains forced together under intense pressure. Imagine sand on the seafloor crushed under the weight of water, or 1000s of years of desert sand building up and forcing the sand at the bottom to fuse together. These processes are what create sandstone.

So the stone itself has been through a lot! It's robust and resistant to elements and as a result, it ages very well. All natural stone is likely to fade over the years, but sandstone does this slowly and gracefully. Once laid, if you let it do its own thing you won't have many problems at all.

So, do you need to seal sandstone paving?

The answer isn't a definitive yes or no. Sandstone ages naturally - you won't come home from work one day to find your sandstone patio has completely changed colour since leaving the house, so sealing isn't necessarily required to protect the colours. It will stand up to the test no questions asked. So if you are happy to see your stone age naturally, which is often part of the charm for natural stone, then don't worry about sealing it.

However, there is one point to consider - sandstone is incredibly porous. This means that it is very quick to absorb stains which end up near-impossible to remove without some industrial grade cleaners. For many, this isn't an issue. A few stains down the years are to be expected. But by sealing sandstone, you can ensure that any stains that do occur (think bird droppings which are unavoidable!) are easier to remove with simple soapy water or a power washer.

So, should you seal it? - Only if you are worried about stains. Otherwise, let it do its thing!

Should You Seal Limestone Paving?

Both Sandstone and Limestone are made up of grains which have been fused together by pressure, however there are differences in what these grains are made from. Sandstone consists mainly of silicon-based grains which are often made of up other rocks or other single element minerals, whereas Limestone is often made from skeletal fragments and other calcium based elements. As a result, the two behave very differently when exposed to the elements.

Limestone, no matter the colour, is much more susceptible to fading and sun-bleaching as soon as it is in constant contact with UV light. This is especially noticeable if it is Black Limestone, but other colours such as Kota Blue (above) are also liable to fade in the sunlight. Because the makeup of the Limestone is often calcium-based, it is much more affected by the weather than anything made from silicon.

So, do you need to seal limestone paving?

You never need to seal your stone, but with limestone, it is highly advisable. When compared to other stone types, Limestone fares much worse than others due its chemical make up being largely carbon-based.

However, if you are interested in a natural look you won't ruin to stone if you leave it unsealed. But the colour of your limestone will change relatively quickly and will stop looking brand new after a few months if left untreated.

So, should you seal it? - Ideally yes. If you want to maintain the new-ish look for as long as possible, both a colour enhancing sealer or an invisible sealer will do wonders for it.

Should You Seal Slate Paving Slabs?

Slate is an incredibly decorative stone. You often pay extra money for it because it looks so spectacular. But does it need sealing?

Slate slabs are different to limestone & sandstone slabs as they are metamorphic rather than sedimentary. Without getting too technical, the minerals that form slate have been forced together by horizontal tectonic forces which make the slate form in sheets/layers. Initially, the stone is not dissimilar to a sedimentary stone, but the tectonic forces have been acting on them for years forcing them together into layers. This means the stone is stronger than both sandstone and limestone and therefore less vulnerable to the elements.

If you did want more technical information, you can find it here: https://geology.com/rocks/slate.shtml

So, do you need to seal slate paving?

As the stone is much stronger than the previous stones discussed, the answer is no. Slate does not need sealing for its own protection. It handles the sunlight, UV rays and rain very well, and should stay looking new for much longer. So it isn't necessary.

However, slate is often purchased for it's beauty. It is a naturally glossy product as you can see above. When wet, the slate really shines and produces an amazing effect. If you wanted to maintain this beautiful effect, a colour enhancing sealer is perfect.

So, should you seal it? - It's not required. But it is really suited to a colour enhancing treatment.

Should You Seal Granite Paving Slabs?

Granite - the hardest natural stone on the market. Formed from volcanic rock, the texture patterns are unlike anything else out there.

This is the easiest natural stone to answer for. Granite is cooled volcanic rock for goodness sake! It is all but impervious to the effects of ageing and fade.

So, do you need to seal granite paving?

Not at all. It retains very little water, remains unaffected by the elements and it's colour will remain for years. There is simply no need to seal it.

So, should you seal it? No.

We hope this has helped explain in a bit more detail how to approach sealing your natural stone paving slabs. It is very dependent on the material used and the desired effect of the paving slabs.

If you have purchased your natural stone and are looking to seal it in the near future, hopefully this has shed a light on whether this is a process you need to concern yourself with.

If you still have questions regarding the sealing process, we are always here to help. Email us at sales@primethorpepaving.co.uk and we will get back to you as quickly as we can. 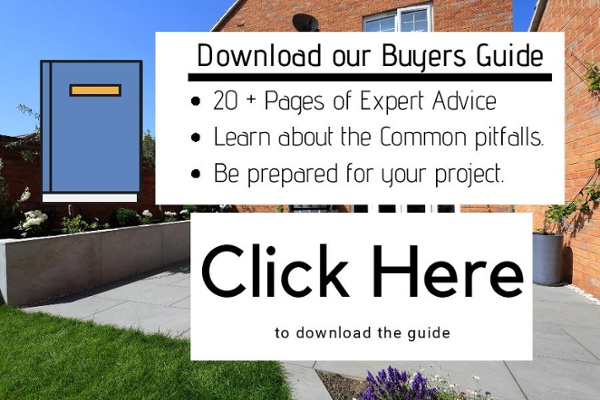